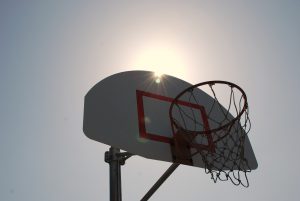 Most of us know about the success of Phil Jackson and his unique coaching style that led to six NBA championships.

But have you ever thought about it in regard to the type preferences of the MBTI (Myers-Briggs Type Indicator)?

In type theory, there are two ways of taking in information – Sensing and Intuition. People tend to trust one of these preferences over the other.

Sensing people have excellent powers of observation, reality, the ability to focus, concentrate on what works, and groundedness.

While Intuitives are able to see beyond the present, imagine what has never been before, understand connectedness and possibilities.

In Phil Jackson’s book, Sacred Hoops, he reveals a coaching style that is highly intuitive. While professional coaching has become a scientifically based numbers game, Jackson shows a totally different slant.

Even though, all coaches use both Sensing and Intuition, Jackson uses Intuition to an extraordinary degree. In fact, he is a real stand out in a profession dominated by Sensing types.

In this excerpt from the book, Jackson contrasts his Intuitive style with his assistant Charley Rosen who has a Sensing style.

“Rosen and I were a good match. He saw everything in black and white; I saw infinite gradations of gray. He was obsessed with pinpointing the exact moment when everything turned to dung and who was to blame. I was interested in the quality of the team’s energy as it ebbed and flowed, and figuring out what lessons could be learned when disaster struck.”

For Jackson being aware of the whole (intuition) is more important than being fundamentally sound in the specific skills of the game (sensing). His focus was on getting players to know instinctively how their teammates would respond in pressure situations.

However, it is important to note, Phil Jackson’s success was not only his Intuition, but also his ability to surround himself with Sensing people. This provided a balanced style for bringing out the best in the team.

Resource: Pathways to Integrity-Ethics and Psychological Type,
by Blake Burleson