Remember When your Boss was Older than You? 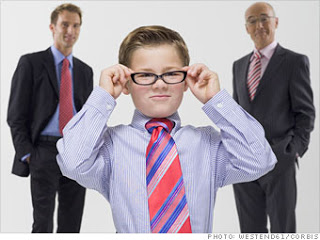 The workplace is truly a new place. In this place the boss isn’t always the guy with the gray hair anymore.

As baby boomers age and younger, technology savvy workers move up the chain of command, generations are beginning to experience a very different workplace dynamic.

Now, those leading the company teams may be much younger than the workers they are asked to lead. This, of course, can lead to challenges and conflict.

Respect is the ingredient needed most to move the organization ahead regardless of the ages of the leaders and employees.

The biggest mistake the older worker can make is to think that what they did in the past will matter to the younger boss. When in fact, the younger boss is only interested in what you bring to the table now.

The younger bosses often fail to acknowledge the “dues” paid, and frequently assume the older worker is technologically deficient and too old to provide any real benefit to the team.

The key for both generations is to remember that all age groups are trying to get to the same end result, but just go about it in different ways.

Gravett and Robin Throckmorton, authors of Bridging the Generation Gap: How to Get Radio Babies, Boomers, Gen Xers and Gen Yers to Work Together and Achieve More, offer suggestions for working with a younger boss.

Source: “Some Tips for Thriving with a Younger Boss”,
by Anita Bruzzese, The Seattle Times, February 25, 2007